THE SENSE OF SIGHT (Liverpool).

From the Liverpool Mercury, 31 August 1895: “The Sense of Sight … is the first picture of a set of four which the artist has designed to illustrate the senses … one of the most impressive pictures in the whole [Liverpool Autumn] exhibition.“

THE SENSE OF SIGHT (Summerfield Collection). 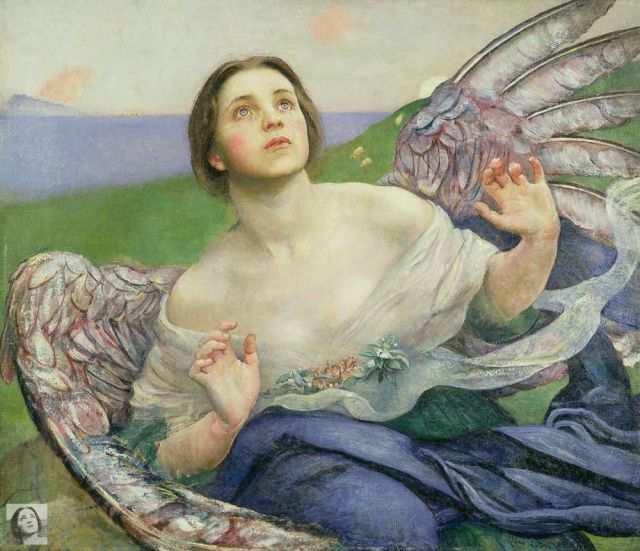 Comparing the two, the major differences are the colour of the cloth, shoulder-line and upper arm modelling and the waistline decoration.