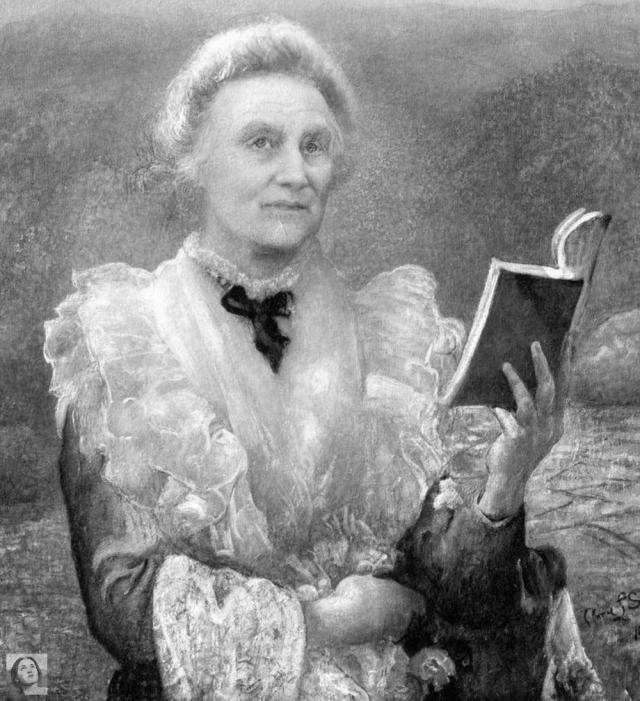 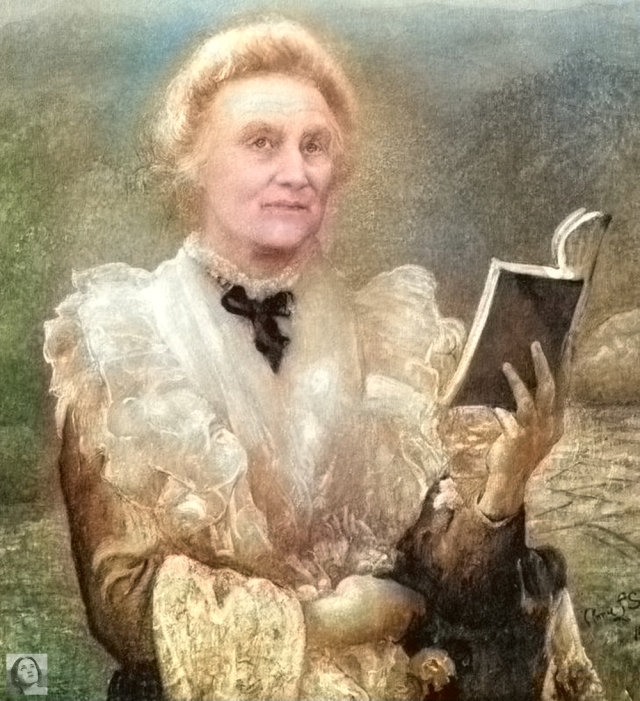 Alice Woods was a educationalist and pioneer of co-educational and non-religious teaching, visiting the United States several times to study the subject there.

From the web site of The Brentford & Chiswick Local History Society: “… the distinguished artist Annie Swynnerton … lived for a few years at 18 Queen Anne’s Grove, during the period when [Alice Woods) was a boarder almost opposite at 21 Queen Anne’s Grove. In 1911 [Annie Swynnerton] completed a portrait of [Alice Woods] which hung in the Maria Grey Training College thereafter, until it was in all probability destroyed in 1941 when the College was badly damaged in an air raid. Fortunately, a photograph of the portrait survives.“