Web pages on Annie not infrequently claim that this painting, ‘The Glow Worm’, is by her. The late Susan Thomson’s The Life and Works of Annie Louisa Swynnerton (an excellent book which I really recommend) includes the work, identifying the image source as the ‘Kelly Gallery’, but without further detailing the reference. 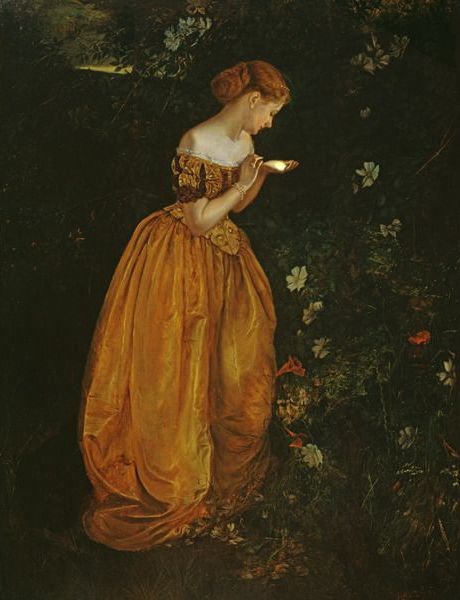 The painting has never stood out to me as being by Annie, not having her general style and being at odds with the kind of work she was doing around the claimed date of production, c. 1900, or really at any time in her career.

I believe I’ve tracked down the original reference to the web site of The Kelly Gallery, Pasadena, where an image of the painting was intermittently present from 2002 to 2009, labeled ‘Anne Louisa Swynnerton A.R.A. (Attr. To) / The Glow Worm / 30″ x 25″ / Oil on canvas’, but with no other supporting information. The Kelly Gallery does specialize in hosting Pre-Raphaelite style works, so it makes sense for them to have such a piece, but I can find no other original reference to Annie ever having painted this.

I believe all web references identifying this work as Annie’s come from this source, and over time additional details have become attached to it, such as that it is hanging in the Palazzo Pitti, Florence (www.myartprints.com) – there is no record of it there – or that it was painted c. 1900, perhaps an estimate by some blogger which has been repeated elsewhere and become ‘fact’. There is no mention in any source of the canvas being signed or dated.

Two versions of the image circulate. One is still retrievable from an archived page of the Kelly Gallery web site with the file name ‘ALS-02.jpg’, while the other, better quality image is found on poster sites with stock code ‘KEL-260096‘, suggesting it also originated from the Kelly site. Both are 460 x 600 pixels in size, the larger versions found on some blogs simply being blown-up versions of these images with no greater resolution of detail. 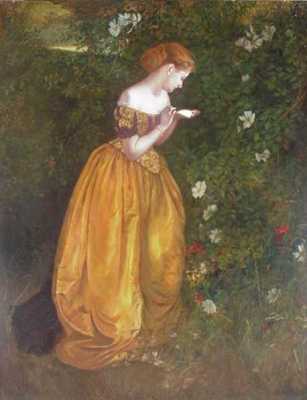 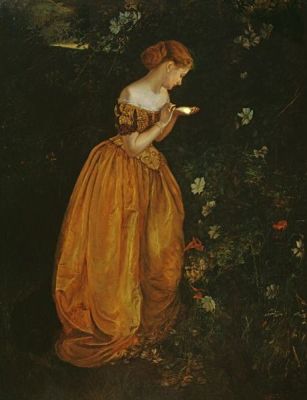 Could be wrong, of course, but one needs attributions to be evidence-based. Knowing of no original reference to Annie ever having painted this (e.g., period gallery and exhibition catalogues, the Swynnertons’ personal correspondence, contemporary commentaries on her works – I’m sure such an unusual work would have been mentioned) and nothing in the painting itself that to me specifically points to Annie, I’m afraid it’s still on my ‘mis-attributed’ list.