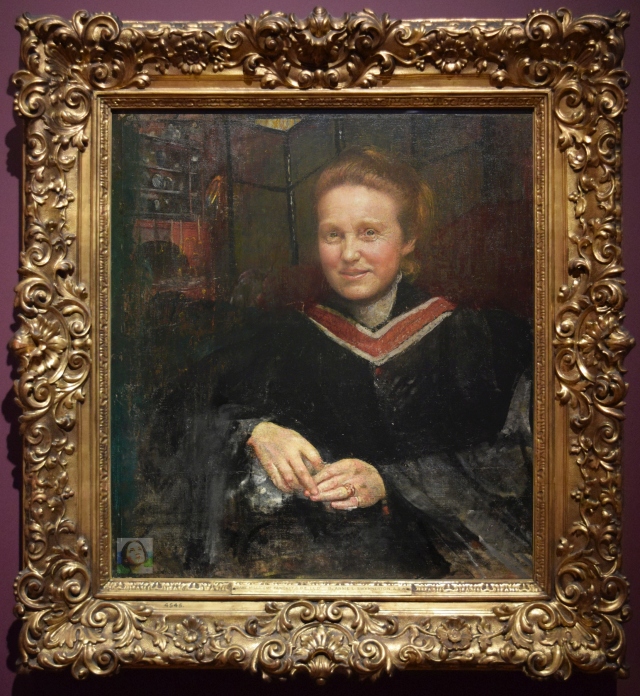 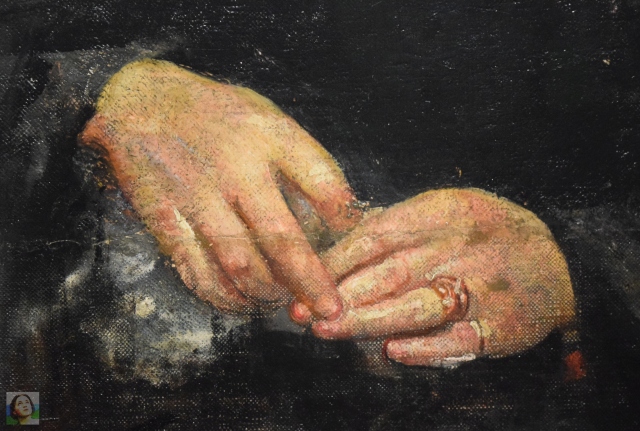 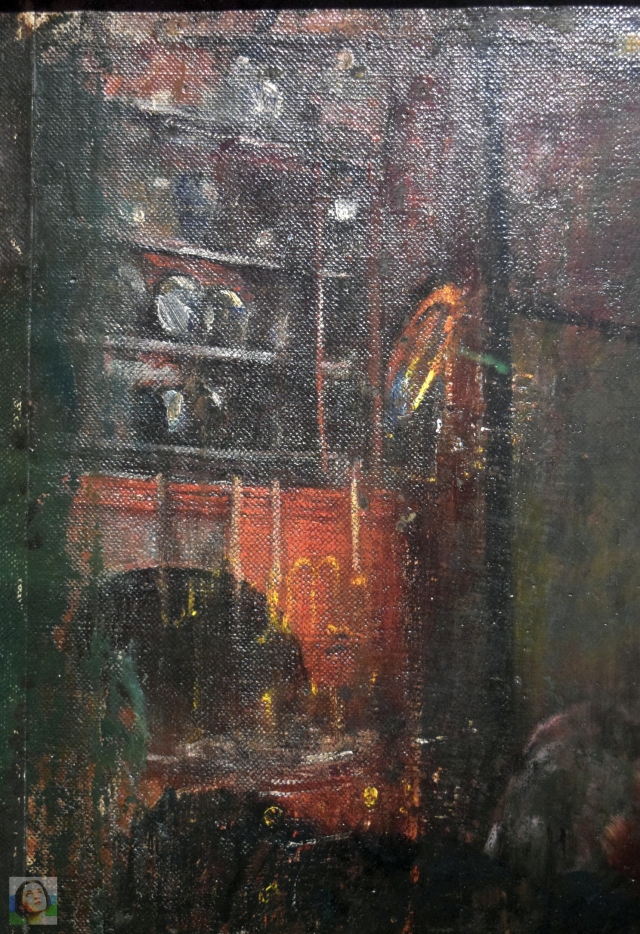 The date when this was painted is unknown – anytime from 1899 (the date Millicent Fawcett became an honorary doctor of law) to c. 1920.

A slightly smaller ‘Portrait of Dame Millicent Fawcett, in academical gown’ is mentioned in the posthumous studio sale of 1934, and is assumed to be the version at currently held at a private dealership (not currently listed on dealer’s web site) – that version is named ‘Portrait of Dame Millicent Garrett Fawcett (holding a quill)‘ on this web site.