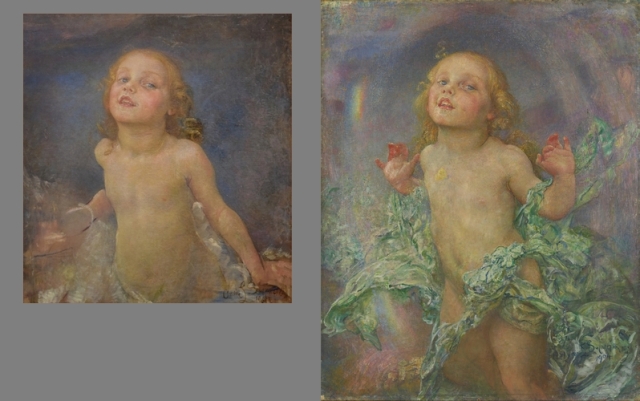 There are two versions of this image, one in the Tate, London (left) and one in the National Gallery of Victoria, Melbourne, Australia (right). Publications dating to the period in which the paintings were first exhibited refer to the image as ‘Risen Hope’ or just ‘Hope.’ 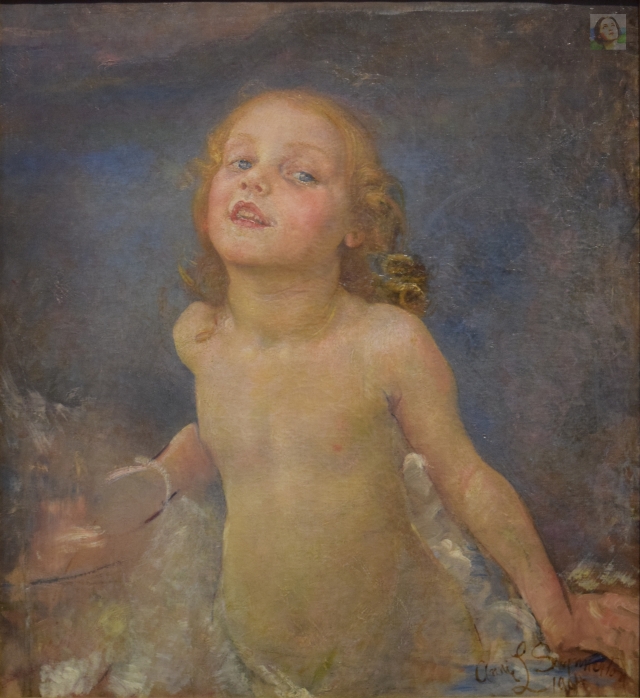 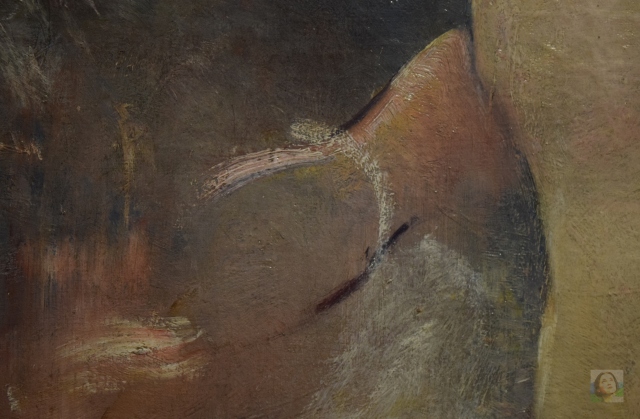 The Tate web site has an essay on the painting, reproduced at the bottom of this page. 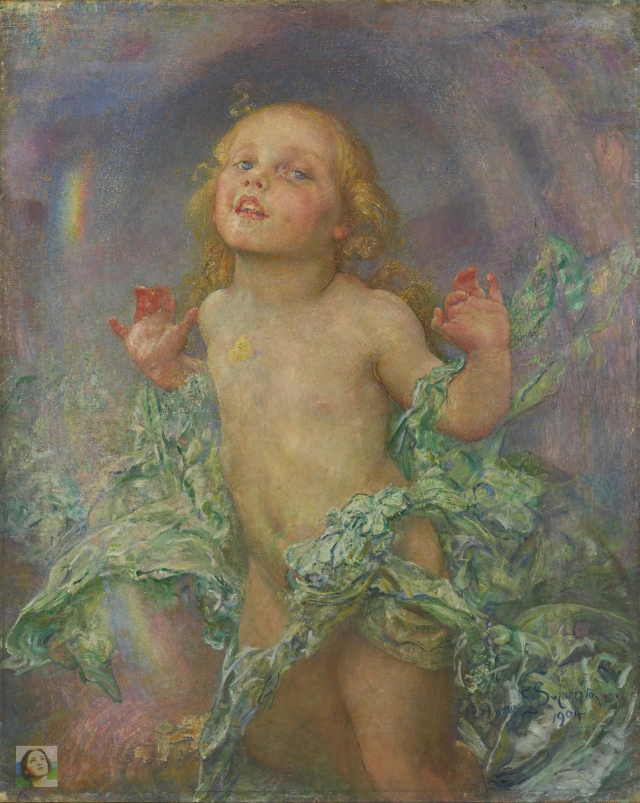 The NEW-RISEN HOPE and NUDE IN LANDSCAPE butterflies.

The Melbourne New-risen Hope has a butterfly on the child’s chest, a motif also present in the Nude in landscape sketch.

Essay on the Tate version, from the Tate web site:

This work appears to have been painted on a much larger piece of canvas from which it has been cut and then paste lined onto a linen lining canvas to allow stretching. This may well have been done at the instigation of the artist. Ruled lines are visible beneath the paint indicating the cutting line or picture area proposed. There appears to be marked later paint applications which may have been done after the lining.

The paint covers the whole picture plane save for occasional areas towards the edges where the ground is visible. The artist has worked up the paint in many areas resulting in multiple layers and considerable thickness. This is particularly evident in the face and much of the body, where the forms have been almost sculpted onto the canvas dragging dry paint over dry paint to build up highlights. The paint is generally well compacted with a rugged stiff appearance This contrasts with smooth almost smeared areas typified by the neck. The overall impression of the work however is that it is unfinished. Paint in the foreground especially the crisp white paint of the clouds would seem to be a later addition by the artist, in that it is not worked wet in wet in anyway and appears to sit over the surface. Similarly yellow glazes and scumbles on the body also seem to have been applied later. Another version exists in Melbourne. This work is finished and shows a similarly adult featured child with arms out to the sides with billowing fabric swirling about her.

Examination of the Tate painting with infrared reflectography and x-radiography suggests that a broad painted outline of the figure was initially made. This seems to have been done in a fluid brown paint. The figure is further reinforced with blue that is visible to the naked eye. The body exhibits various alterations from its earlier conception including a tilting back of the head, a twisting of the body from an earlier more left position and the complete change in the arms and hands from a back and hand splayed outline. This is particularly well conceived for the proper left arm and hand where the drawing of the fingers and hand in general is well articulated. The proper left shoulder also appears to have been lower. More clearly suggested in the x-radiograph, high density paint (lead white) might indicate wings to the right and left of the figure or indications of billowing fabric as seen in the Melbourne version. These are visible to the naked eye as brush mark texture showing through final paint and as a subtle outline in IR. The painting out of the possible wings with blue sky would have altered the tonal balance in the image making the upper half of the painting darker and without any significant visual element. This may have prompted the need to lighten the foreground and drop the arms to regain balance.

Nude in Landscape shows similar characteristics, with thin ruled lines visible at the edge in places and the painted canvas being pasted on to a second canvas.