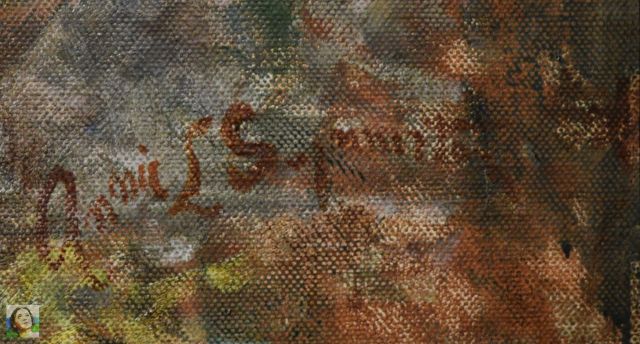 The view is of the town of Suviaco, thirty miles east of Rome, as seen from the Abbey of Saint Scholastica, one mile to the east. The ‘lake’ in the centre of the picture is the valley floor to the west of the city, perhaps mist-covered or in shadow.*

The painting was donated to Manchester Art Gallery, along with works by other artists, by Dr. Jane Harriett Walker, CH, LLD, LRCP, LRCSE, MD, 1859-1938, a tuberculosis treatment pioneer who eventually served on many research, medical and government advisory committees. Jane was also an active suffrage campaigner from the early days of the movement and was a close friend of Millicent Garrett Fawcett.

* Thanks to Grant M. Waters for locating an image of the work in Royal Academy Illustrated, 1932, giving the original title and allowing the location to be confirmed by geographic study.

One thought on “SUVIACO FROM SCHOLASTICA”