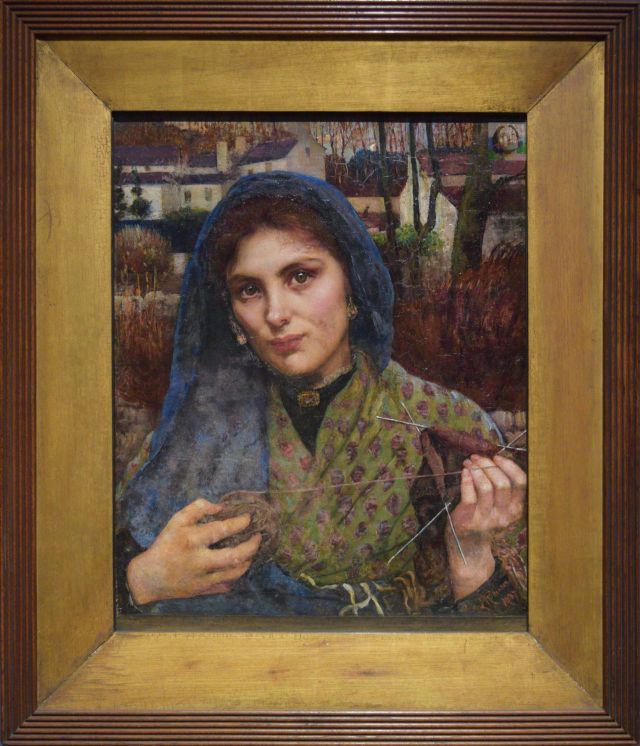 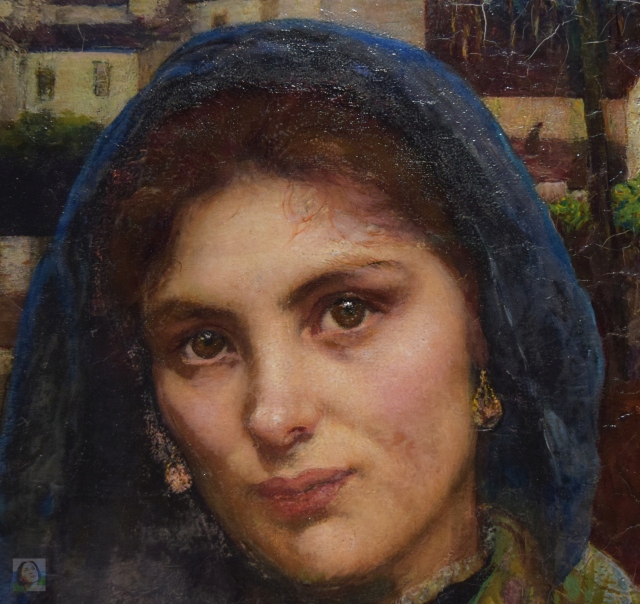 “This work and The Dreamer … are part of a series of paintings of contemporary working-class Manx women that Swynnerton produced around 1887. For these works she made direct studies of real landscapes.” (Notice by painting while on exhibition at Manchester Art Gallery, 23 Feb 2018 to 6 Jan 2019.)

* Fanny Rollo Wilkinson (1855-1951) was a Manchester-born professional gardener and close friend of suffragist Millicent Garrett Fawcett. In 1884 she became Britain’s first female professional gardener after completing an eighteen month course at the Crystal Palace School of Landscape Gardening and Practical Horticulture, until then an entirely male establishment. She later became principle of Swanley Horticultural College and during the First World War helped organise the Women’s National Land Service Corps.

One thought on “THE DREAMER.”