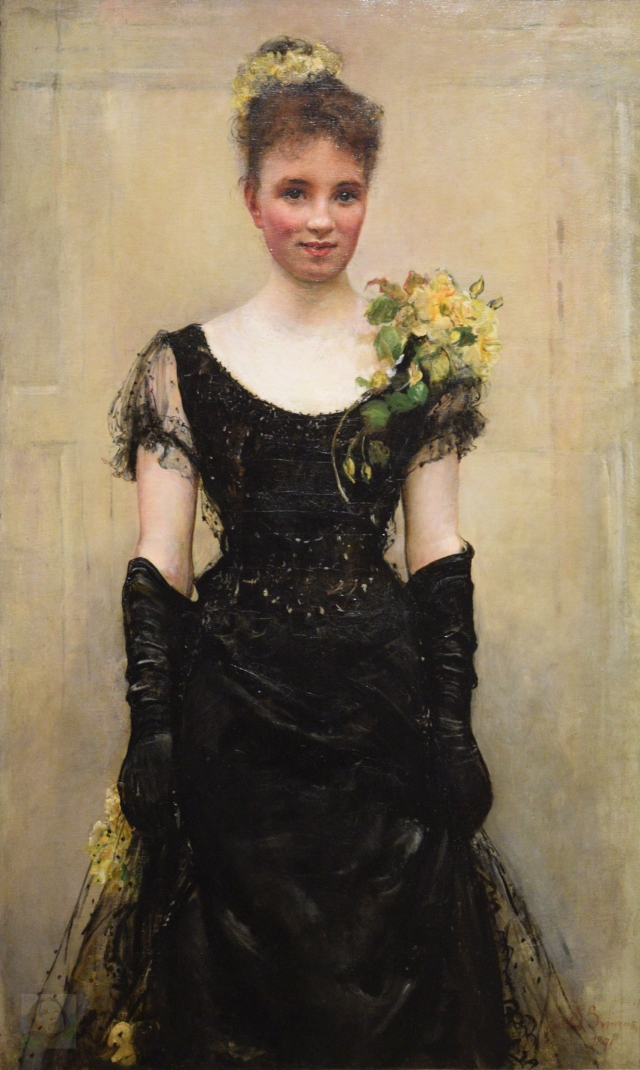 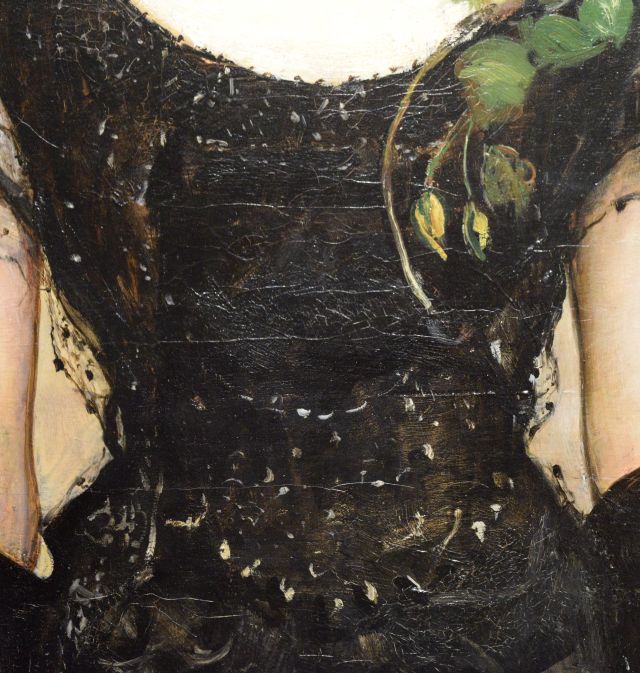 The identity of the young woman is not known for certain, but she is suspected to be Elizabeth ‘Elsie’ Ebsworth, who married, four years after this portrait was painted, Scottish-born army officer and Conservative politician George Swinton. In 1897, now a professional singer and society hostess, Elizabeth was painted by Annie’s friend and supporter, John Singer Sargent.