PORTRAIT OF VIOLET EDITH FENWICK (ON THE TERRACE). 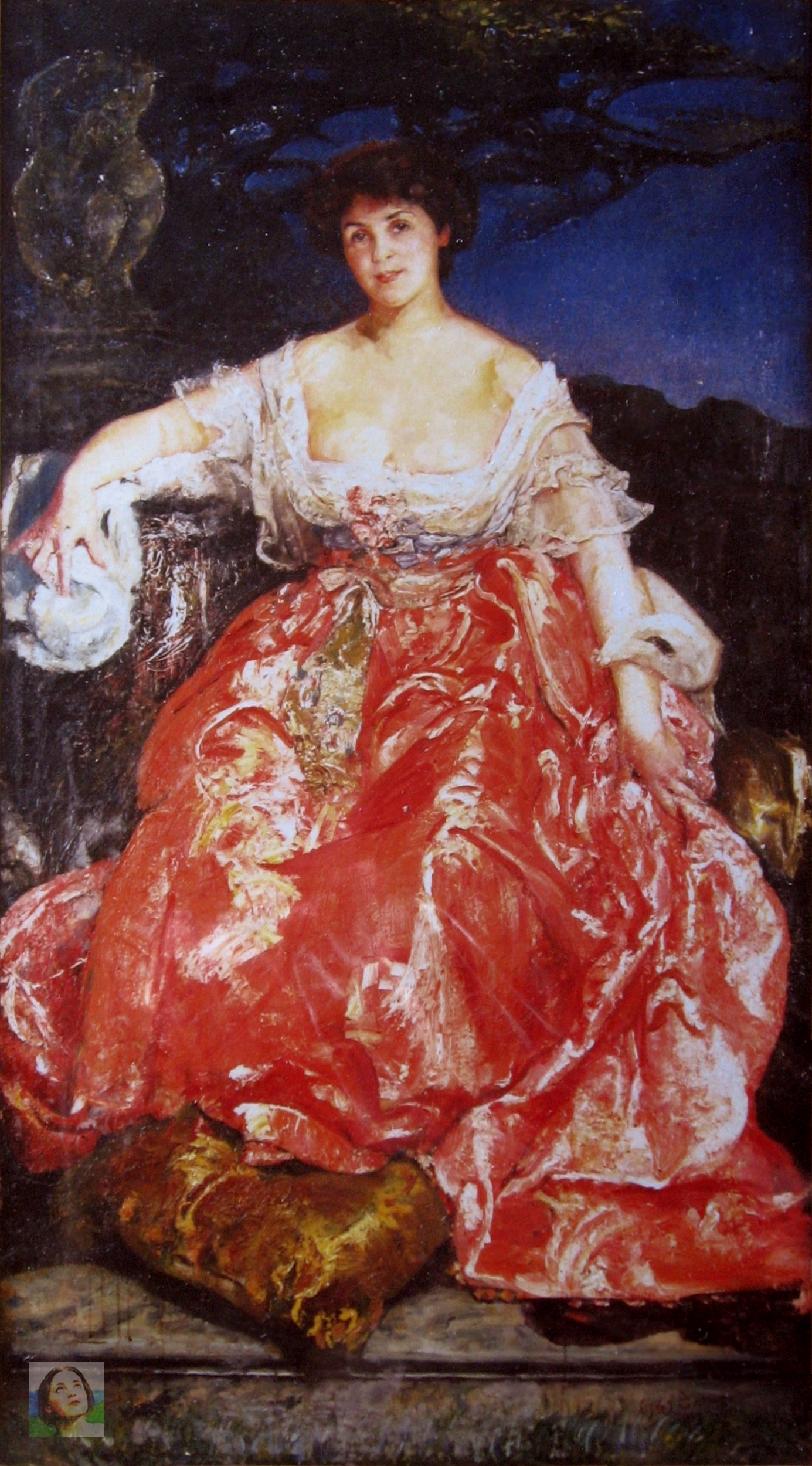 The Athenæum, 15 May 1909: on exhibition at the Royal Academy, “the best picture [Annie Swynnerton] has yet shown … displaying considerable powers of decorative invention.“

Catalogue of exhibition at the Whitchapel Art Gallery, 1910, “454 – On the Terrace (Portrait of Mrs. Fenwick) – Mrs. Swynnerton – Presented by Mrs. Lionel Phillips – The human interest of this portrait, though considerable, is surpassed by the wonderful rendering of the textures and the bold colour of the dress and accessories. The paint is almost as thickly loaded as in the work of Signor Mancini.” The catalogue states the painting is one of fifty-nine in the ‘Johannesburg Collection,’ “the nucleus of a collection of the Public Gallery at Johannesburg.” The donor, Florence Phillips (1863-1940) was the wife of South African mining magnate and government advisor Sir Lionel Phillips (1855-1936), 1st Baronet of Tylney Hall. The couple were instrumental in the founding of Johannesburg Art Gallery, donating works from their own collection. However, The Daily News, 7 Jan 1928, states, “The Late Sir Hugh Lane commissioned her picture of Mrs. Fenwick, a lady in the rose-coloured dress, for the collection he was forming in Johannesburg. He said “We must have a Swynnerton,” and went to Rome to arrange with the artist.

PORTRAIT OF DAVID AND JONATHAN FENWICK.